These drawings are for the design of a Tunnelling Shield to permit the driving of the Rotherhithe Tunnel under the Thames and which became the prototype for future Tunnelling Shields used to drive tunnels including those for the London Underground railway system.

The Brunel drawings were used in the Lawn Ticket Hall (now redeveloped) and later drawings from other engineers are used in the passageways and platforms. In some areas the drawings are fragmented to achieve extended coverage and to provide something akin to a jigsaw, where the drawings might be reconstructed in your mind if not in fact. 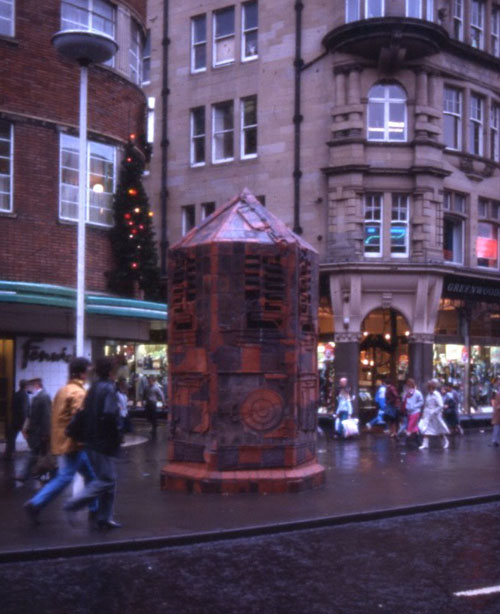