Parsons' Polygon is a Terra-Cotta Relief cladding to a concrete ventilation shaft for the underground Metro tunnel.

It is a monument to the achievements of Sir Charles Parsons (1854-1931): mathematician, engineer & designer of early turbine engines.

He famously designed and had built 'The Turbinia' to demonstrate, to a sceptical Admiralty, the superiority of the turbine marine engine. As an unofficial participant in the 1897 Royal Navy Spithead Review The Turbinia achieved a speed of 34 knots: the fastest vessel afloat at that time and as such outran the corvette despatched to chase him from the fleet review.

The design of the ceramic relief is based on Parsons' engineering drawings. 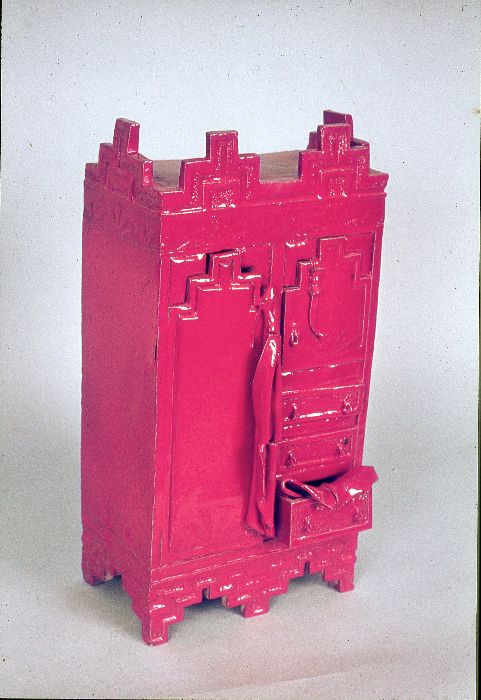