The client was seeking a station identity which would differentiate it from other stations on the Northern Line in particular and the Underground System in general.

The design is drawn from the colours and configuration of the coat of arms of the Fitzroy family who owned much of the land in the area including the site of the Main Line and Underground stations.

The placement and composition of the design connects with music including Gregorian Chant, Mozart and J.S. Bach in particular. 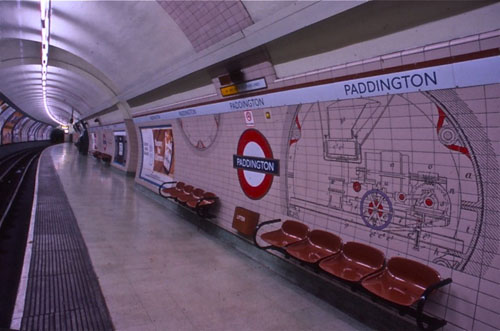