In January 1941 a German Heinkel 111 H-2 weather reconnaissance flight from Oldenburg to the Faroes was attacked by Hurricanes from Sumburgh. Rather than ditch in the North Sea the pilot found Fair Isle and crash landed at Vaasetter. Three of the five crew members survived the crash and resultant fire and were taken prisoner.
70 Years after this event the largest & most identifiable wreckage are the Junkers Jumo engine blocks.

Jan is taking a photgraph on her phone 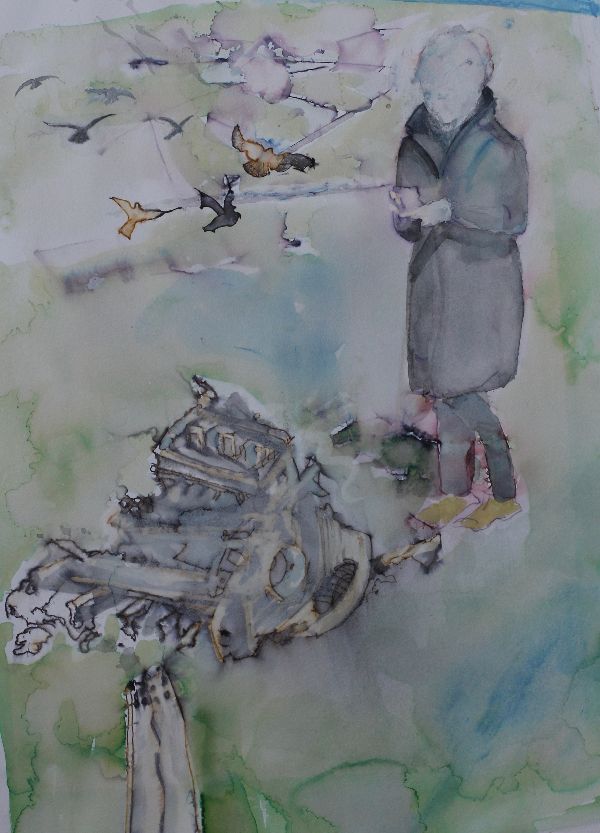